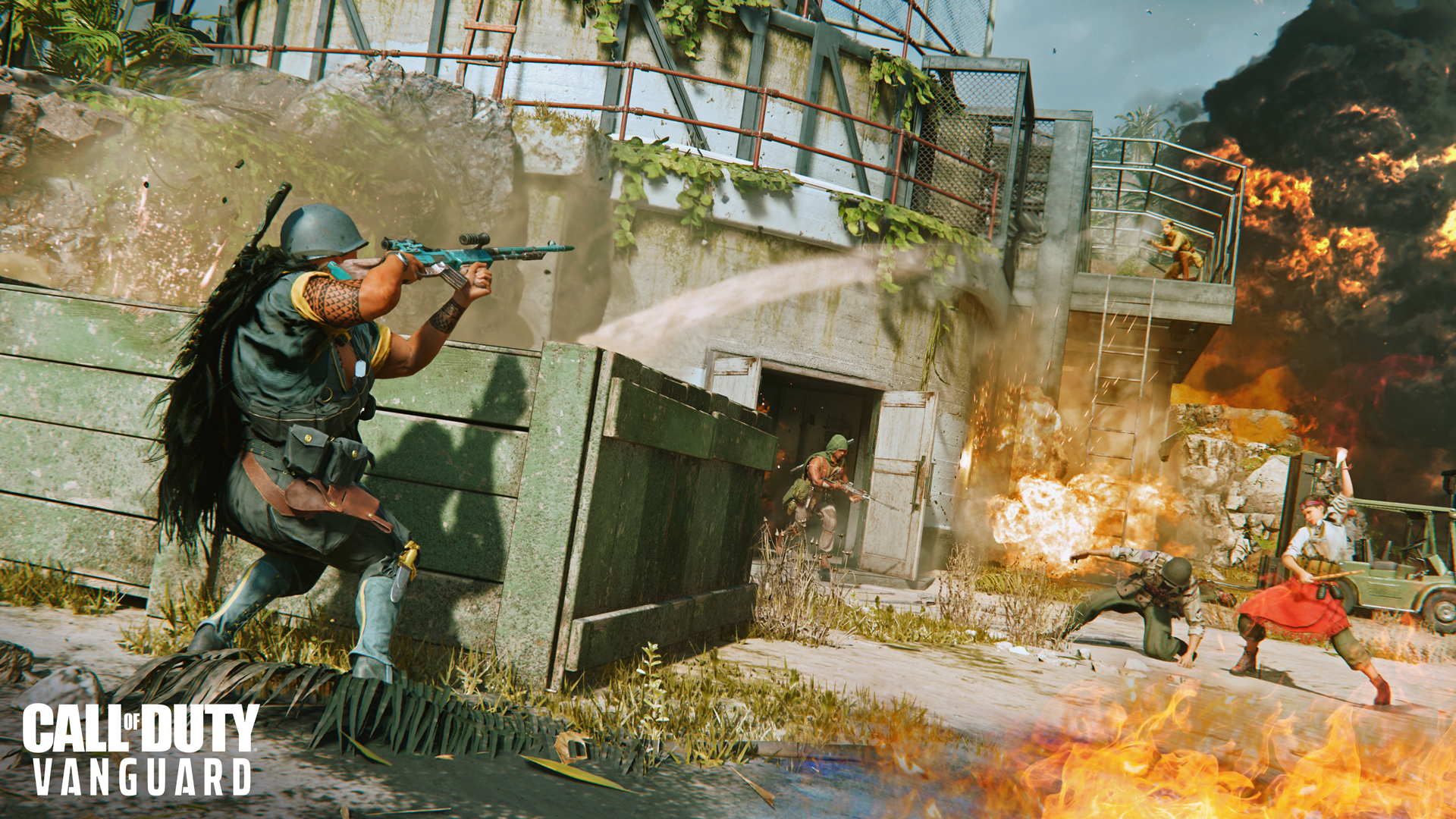 There’s no letting up as Season One approaches for Call of Duty: Vanguard on December 8. As you blast your way through the Preseason launch of Shipment, prepare for two new Multiplayer maps coming on the horizon: Paradise and Radar.

Courtesy of Season One, these maps offer an assortment of new Pacific-themed territories to fight in, alongside the introduction of a brand-new Battle Pass featuring new weapons, Perks, Blueprints, and more. Now, let’s get you prepared with strategies and tips for the deployments ahead. 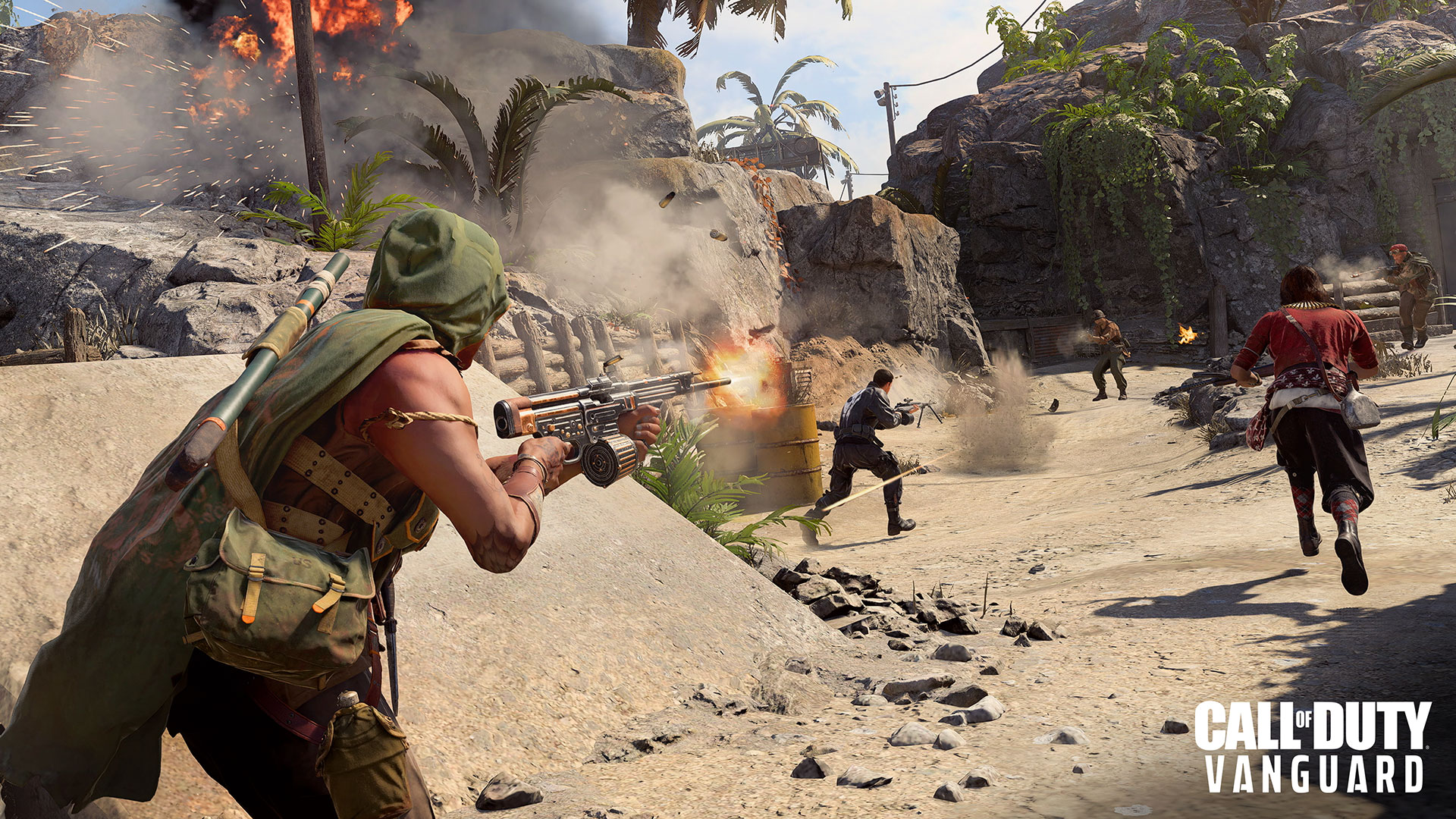 Welcome to Paradise, soldiers. Though the skies are clear and the tropic setting is alluring, it’s anything but a vacation. This medium-sized map takes place on a militarized island, with tall rock formations in the middle and several interior locations built throughout.

Players using short-range weapons like SMGs and shotguns will likely want to stalk the bottom half of the map, where the rock formations rise highest around narrow pathways for focused close-quarter play. As you move north, the terrain opens up, making sniper rifles, LMGs, and marksman rifles good options here.

Of particular note is the northern Lab, where an interior ladder leads up to a commanding, if exposed viewpoint ripe for long-distance engagements. There’s also a stairwell descending to an underground pathway leading right to the central crane. The eastern Viewing Bunker offers another deadly power position, with overhead cover as an added defense against incoming missiles. 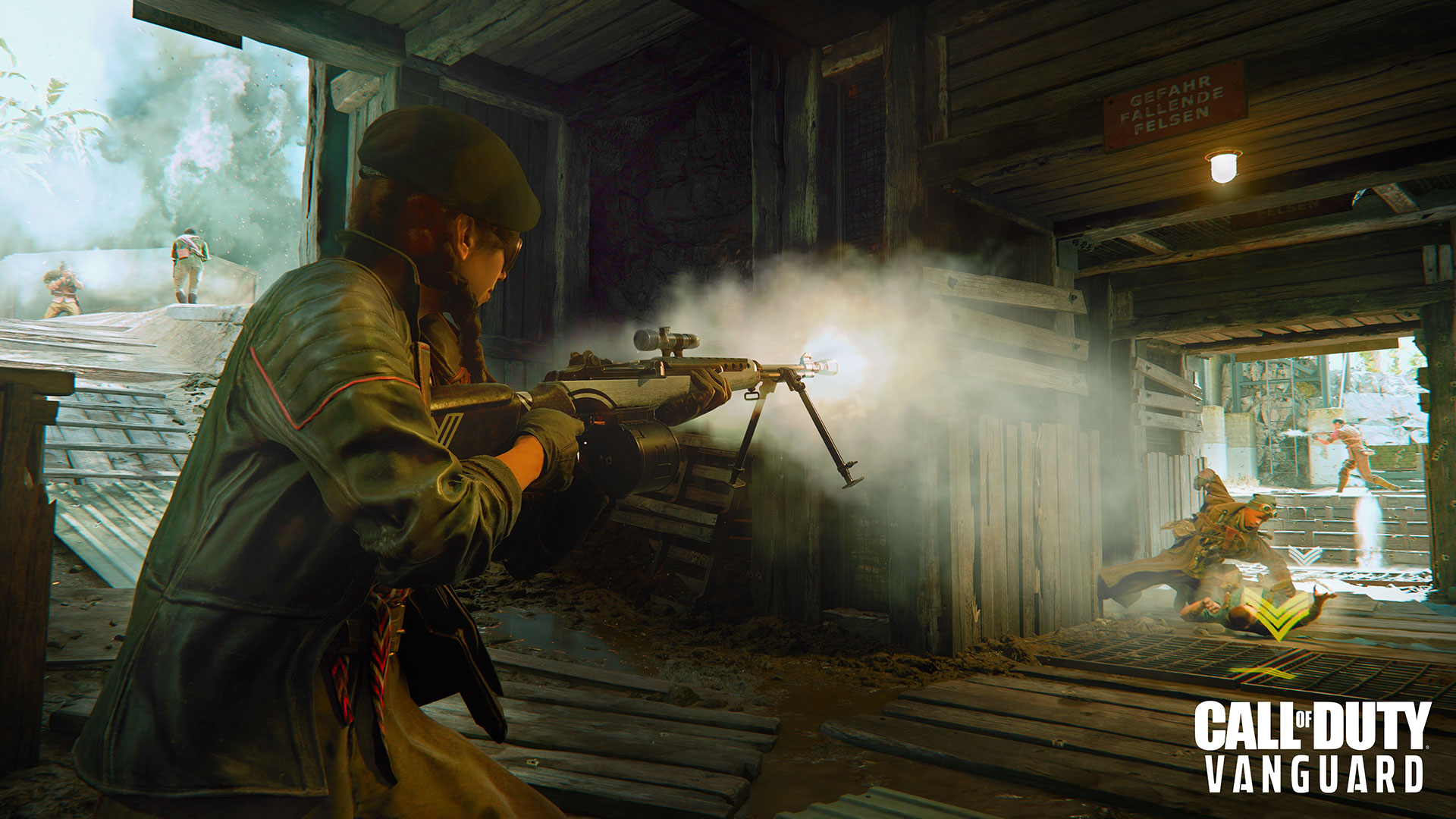 - Watch Your Step. Step away from the toxic sludge by the crash site near the Lab. Its nasty mix of chemicals will damage you on contact. If you also take into consideration the nearby red barrels and car, this is one big hazard zone you’d do best to avoid unless you’re setting a trap.

- Bring the Cover to You. Approaching the Lab is no easy task, even when taking the underground passage to avoid the open. Bring the Deployable Cover Field Upgrade for extra protection in a flash. You can mount it for improved accuracy, and even blind-fire when things get hectic.

- Let It Rain. It’s open skies here, with only a few scattered buildings and the underground passage offering overhead protection. Thus the 5-Killstreak category offers great options for wiping out enemies in the open. Pick the Glide Bomb for precision eliminations, the Mortar Barrage to suppress enemy hot spots, or the Warmachine to dislodge snipers stationed in the bunkers. 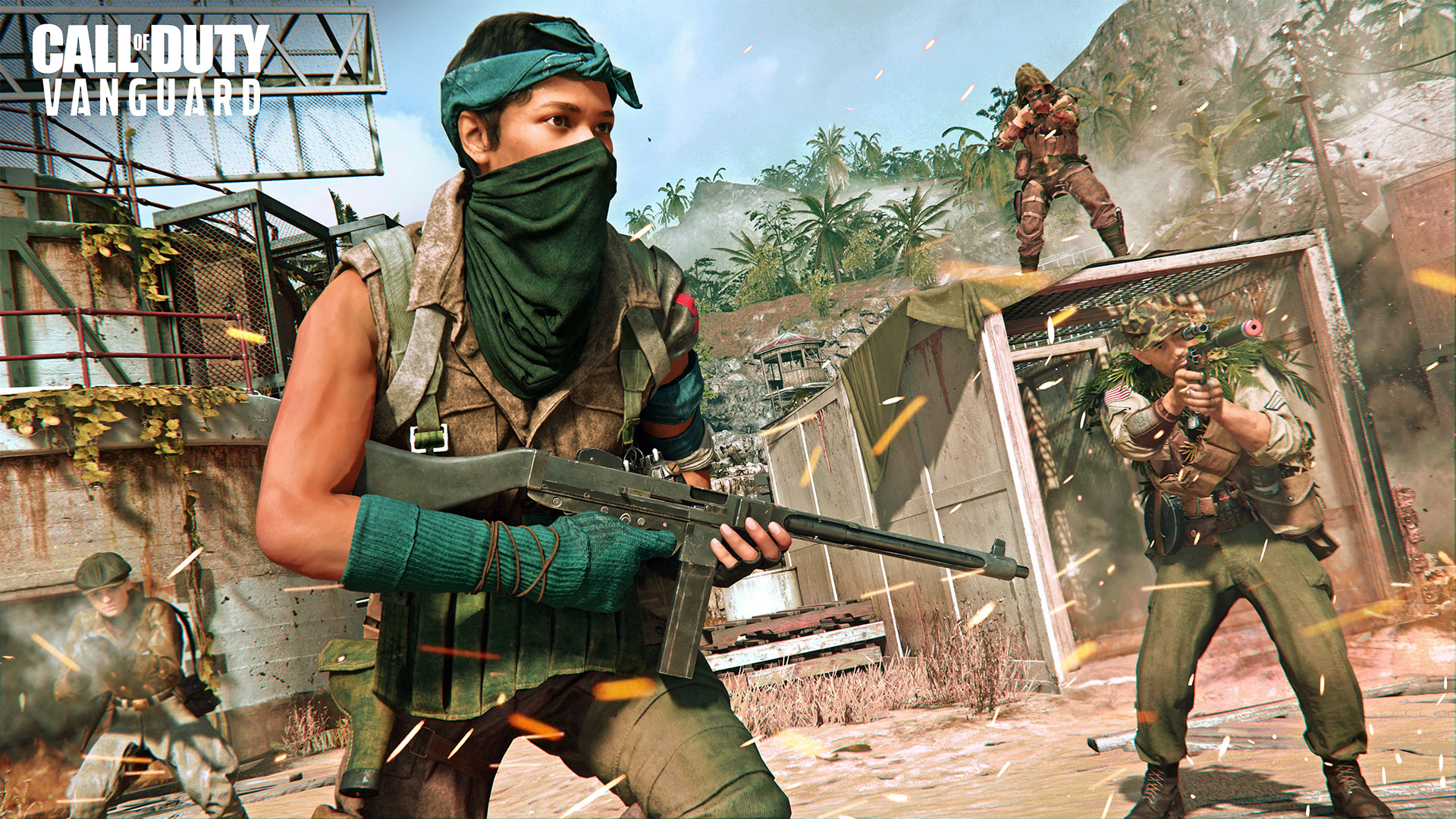 A reimagined version of the fan-favorite Dome from Call of Duty®: Modern Warfare 3, Radar moves the location to the Pacific with a complete visual overhaul that maintains the map’s fast-paced, frenetic combat style.

Set into the shoreline, the map consists of three primary locations: the northern Headquarters, the western Barracks, and the southern Radar. Between them lies a maze of vehicles, makeshift buildings, and storage crates where short-range combat reigns. Long-distance players will want to stick to the long middle road to keep CQB Operators at a safe distance. The Radar catwalk is another favorite spot, providing dominating sight lines over middle map.

With such tight interior spaces, be aware of heightened activity especially when Killstreaks start dropping. Whenever your team calls in an aerial attack like a Glide Bomb or Bombing Run, you can bet your enemies will start swarming inside for safety…it’s your job to ensure they don’t find it. 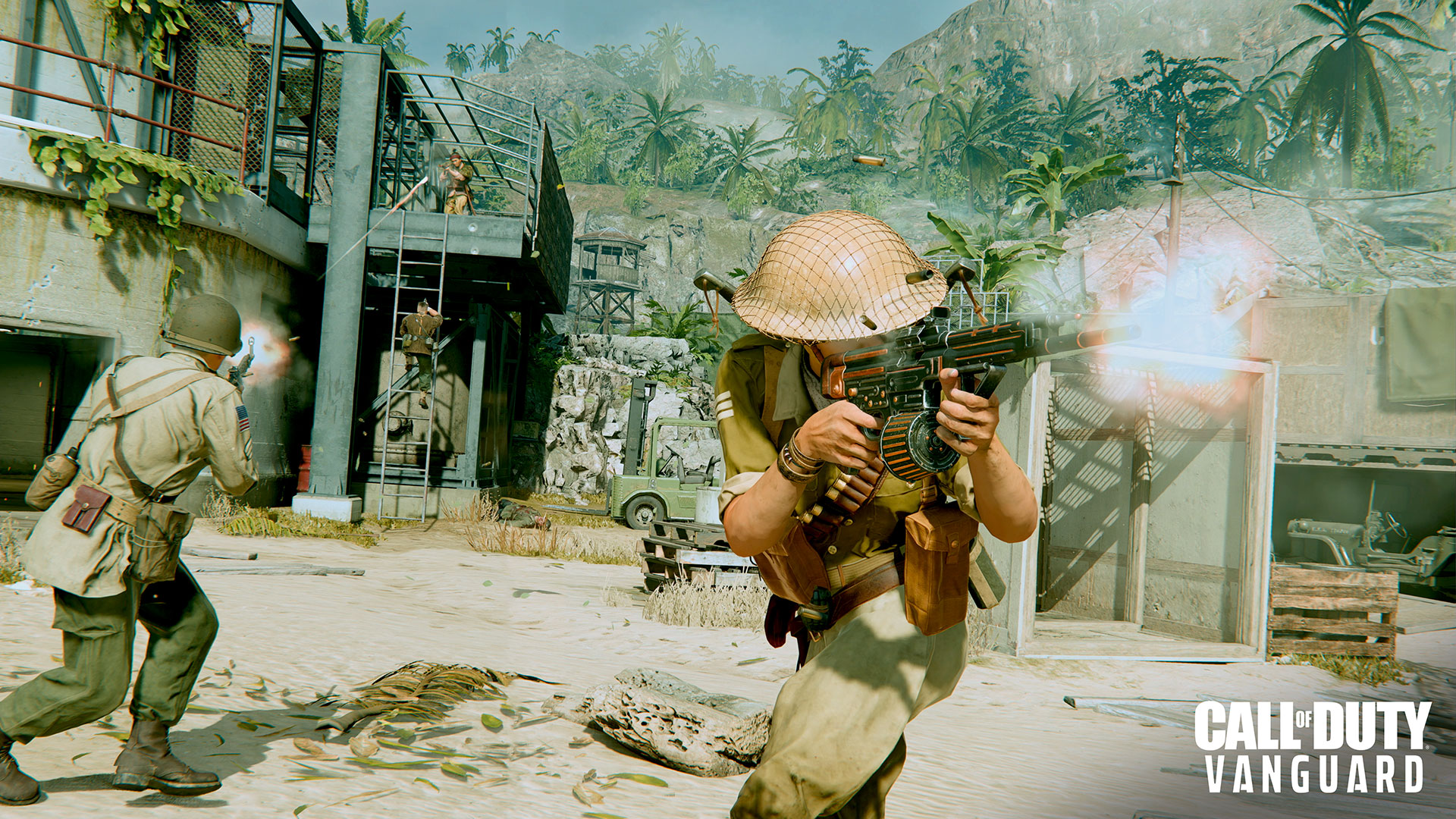 - Catwalk Exposed. The Radar catwalk is a favorite vantage point for landing easy kills from above, but don’t get too comfortable up there. As the match progresses, the destructible boards will increasingly deteriorate, further exposing your position.

- Jam Their Signal. Confuse and disorient the enemy team by placing a Jammer in the middle of the map or within a high-priority building. By effectively cutting off their minimap intel, they’ll have a much more difficult time anticipating your attack.

- Grenades Out. With such tight interior spaces, plus the mazelike exterior, you’ll do well to lead your attacks with a toss of your Tactical and Lethal equipment. Need that Domination B Flag? Toss a Smoke Grenade to cover your tracks, followed by a Gammon Bomb, or better yet, the new Incendiary Grenade unlocked for free at Tier 39 in the Season One Battle Pass.

Season One is Here 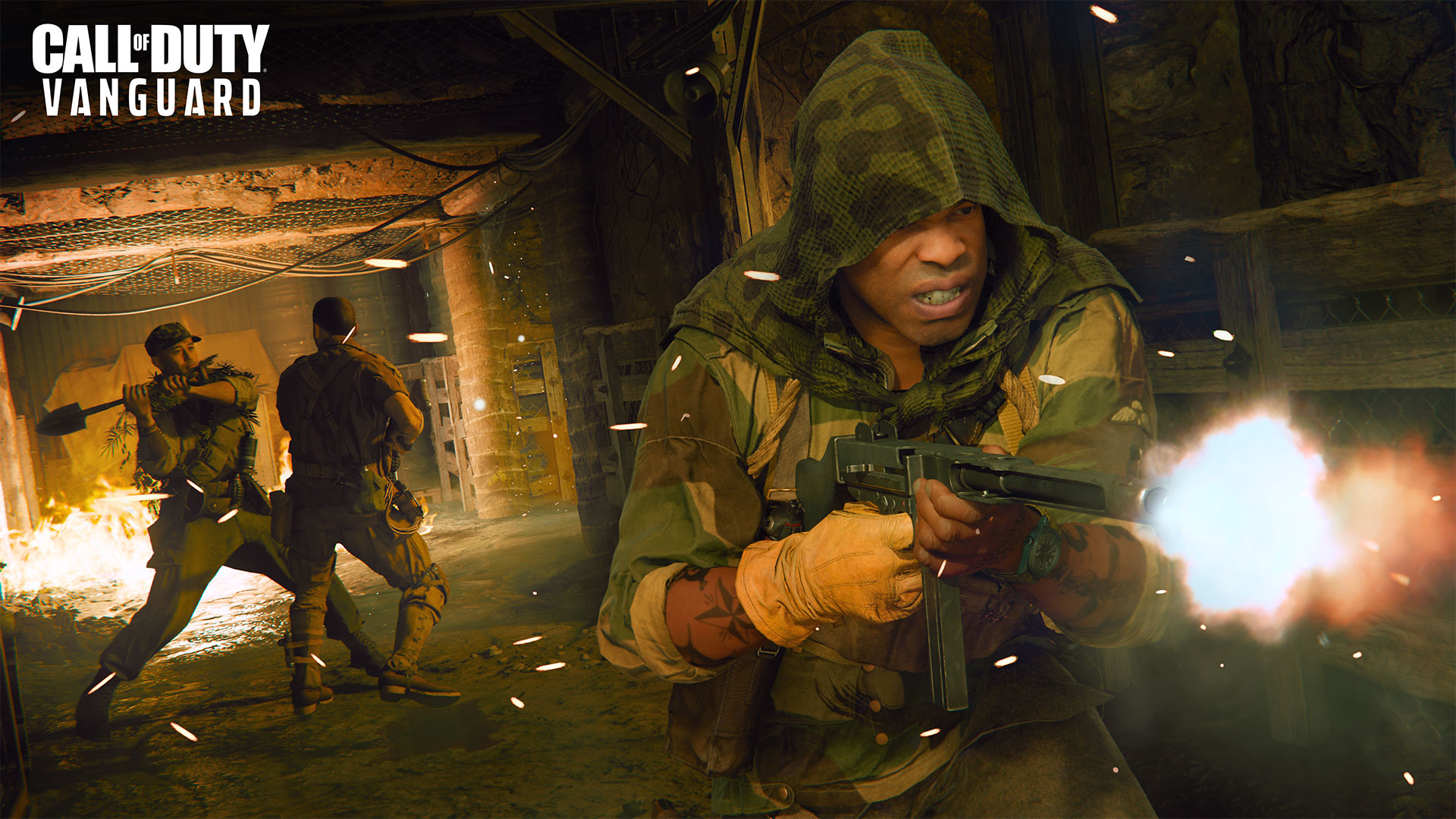 Play Paradise and Radar now, at the start of Season One. And don’t miss out on Caldera and the launch of Call of Duty®: Warzone™ Pacific. See our Caldera guide here. Now pack your gear, because this war’s about to get even bigger.

Welcome to the Pacific — Everything You Need to Know About Call of Duty®: Vanguard Season One

Prepare to rise on a new front – Vanguard heats up in the Pacific with a new Battle Pass and new weapons, Operators, maps, and more. Plus, all Vanguard owners get 24 hours of exclusive access to Call of Duty®: Warzone™ Pacific’s new map, Caldera.

Meet Task Force Trident in Season One of Call of Duty®: Vanguard

Meet the Season One Operators of Task Force Trident, the tip of the spear in the fight for Caldera. Led by the fearless Francis “Kai” Lanakila with support from a sniper and a close-quarters specialist, these Operators are more than ready to lead the fight into the Pacific.

Ricochet Anti-Cheat is here. Outlining what to expect as kernel-level driver is added to Anti-Cheat Security Enforcement starting this week

Where Are You Dropping? Top 20 Landing Spots in Caldera, the New Map for Call of Duty®: Warzone™ Pacific

Deploy to the Arctic in Season 11 of Call of Duty®: Mobile